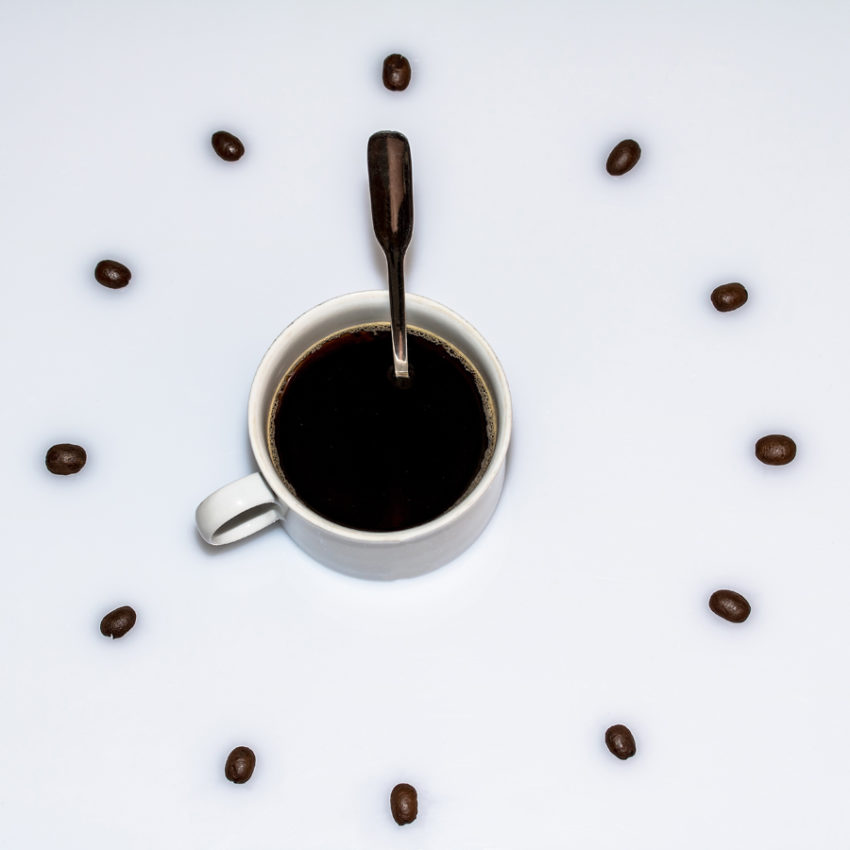 A self-confessed cynic about process improvement, which too often fails from want of a clear objective, I am delighted to report a customer service experience that seems to shine as an exception. It was so fast and efficient there was no time to wish for a coffee while waiting in line for service!

The early indications were really not good.  My eyebrow was twitching upwards right from the off:

Mmmm, the whole thing was looking underwhelming – that was “polite me”.  ‘Epic fail’, as the kids say, was more what “impolite me” was expecting.  So following the instructions I received by snail mail, I duly fronted up to the service provider to endure what could not be avoided, a grudge interaction which hardly gave them fertile ground for impressing their client (that would be me!).

About three minutes later, less time than it had taken me to park at the venue, I walked away having gone through nearly a dozen distinct steps in the process – including providing feedback gathered via sensible questions.  The staff were excellent and throughly well trained, each step made very effective use of technology (although the means of producing the final result was not in evidence).  It was so impressive I had completely forgotten my irritation about not being able to get the deal sorted on the spot.

I had also been able to satisfy my curiosity as to why I would have to wait for the outcome.  The technology for that step doesn’t respond well to pressure and has plenty of moving parts to fail, so they now use highly reliable tech to provide an interim result, which is more than sufficient until the process is finished and the final product arrives a few days hence.  The fact that the counter staff had been prepped with this info, and schooled in the appropriate manner in which to deliver it, highlights how well planned and executed the changes had been.

So, despite my low expectations, I have arrived back at my desk dead impressed.  Rather than the sadly typical result – plenty of bureau speak to set low expectations, which the project then fails to achieve – this set of process improvement initiatives has delivered.  What’s their secret?

Pardon me for the hobby horse, but it seems to me that they have taken the one parameter about which every single customer cares, and worked to that.  Put another way, they had a crystal clear objective and maintained focus on that, in what must have been a myriad of decisions to redesign the process end to end.  That they have done an end to end job is shown not least in the consistency of the messaging – in the snail mail that was up front about how the process would work now, and in how each potentially loose end was ravelled up along the way, consistent with that one overall objective.

And what might that objective have been?  The product is a low involvement, essential item for every adult with zero upside for a ‘better quality’ product, where waiting in a queue had long been the absolute magnet for complaints. Aha!

They had put focus on what caused delays, and then solved that – really solved it, not just thrown money at the problem and hoped for the best, or assumed that either more tech would be better, or that better tech would necessarily help the client achieve their objective.

Since the client need turns out to be something super sophisticated like ‘get it done pronto and don’t make me stand in line’, that’s been their service objective.  Instead of over-engineering that final step in a futile attempt to avoids delays (and investing heavily to not achieve that!), their approach was to take out the problematic step (tech that is prone to bad hair days), find an acceptable interim outcome, train the staff properly and make sure every customer is in and out very promptly indeed.  Have a consistent objective, a universal song sheet for staff, and then gather data that can be available quickly to demonstrate whether the objective is being achieved.

Ultimately, it seems to have turned out as a masterpiece of the appropriate use of technology for the overall customer result, not led by corporate navel-gazing uninformed by client preferences, or using more (or more expensive) technology for its own sake. Needless to say, this client loved it!

It’s a great parable for our collection about ‘have a clear objective’, on the shop floor and in the board room.

PS Our clients launching into customer service research have unfailingly been gripped by the cautionary tale about how not to lead the witness based on one’s own preconceptions.  Best example every time (also from the Qantas days) – the fact that ‘it was a terrible flight’ turned out to really mean ‘there was an endless queue for a taxi at Sydney airport’. In today’s example, the customer feedback questions were not exhaustive or even that sophisticated, but they were bang on target for finding out what they might need to change in the future – it tempts me to end with a smiley face!