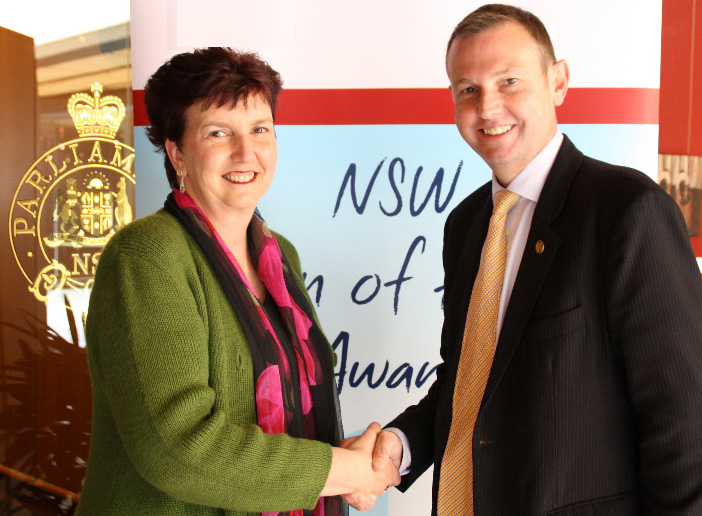 The Strangers’ Dining Room of Parliament House was the scene this week for the 2012 NSW Women of the Year Awards, which saw a fantastic variety of women recognised for their professional, personal and community endeavours.

Women who had been nominated as a Local Women of the Year by their Member of NSW Parliament were joined at the ceremony by those parliamentarians who had nominated them and many others interested in supporting leadership by women.

Carolyn is recognised for her service to Zonta International, professional women, and those women in need of recognition and advocacy.

Mr Notley-Smith’s comments afterwards noted that ThinkEvans is based in Coogee and reflected on the contribution that Zonta has made:

Zontians have been a powerful agent for change in local and international communities since their founding.

Minister for Women, Pru Goward (below – far left) hosted the ceremony and morning tea, while Premier Barry O’Farrell presented the People’s Choice Community Hero Award and the Premier’s Woman of the Year Award.