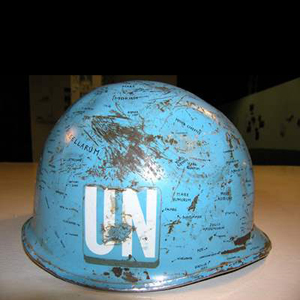 In the first public airing of her thesis research, Managing Director Carolyn Evans this week presented her work at the Australia and New Zealand Society of International Law Postgraduate Workshop, held in Canberra on the eve of the Society’s annual conference.

Using her experience in governance for government, commercial and nonprofit organisations, Carolyn presented her preliminary take on the conundrum at the centre of her work.  That is, how to view the UN Security Council not as part of a quasi-world government (that needs to be reformulated in order to establish precise accountabilities), but as an organisation that already has accountabilities on which it cannot be said to be delivering (for example, to its members as would be implied in a general model of association).

Selected from higher degree research students at universities all over Australia and New Zealand, the workshop offered just a dozen students the opportunity to interact with mentors and colleagues.

Taking those ideas through to a completed thesis calls for a whole lot more coffee!

Since the Security Council has responsibility for maintaining international peace and security, and in particular for regulating the use of force in international relations, the stakes could hardly be higher when they fail to deliver.  Carolyn’s research goes further to look at whether UN members have done enough to play their part in developing an accountable pattern of conduct by the Security Council – however the UN might be described as an organisation.